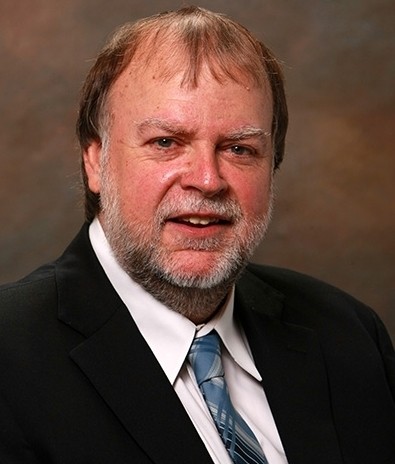 KINGSVILLE (March 26, 2019) — Dr. Michael Tewes has been studying the elusive ocelot for 35 years. During that time, several ideas have come forward from various agencies and private landowner on how to protect their small number.

Tewes will present the 37th Annual Faculty Lecture at 4 p.m., Monday, April 8, in the auditorium at the Caesar Kleberg Wildlife Center. His program is entitled Conservation Status and Recovery of the Endangered Ocelot in the United States—A 35-Year Perspective.

The Faculty Lecturer is selected each year by a committee within the university’s Faculty Senate. The chosen lecturer shares a topic of expertise in a format written for general audiences.

The public is invited to attend this free presentation.

During his lecture, Tewes will explore the conservation challenges facing the exquisite ocelot, a decoratively spotted feline adorning natural areas in the Western Hemisphere. Its northern range reaches the southern tip of Texas with fewer than 80 ocelots remaining in two small isolated populations.

Dr. Tewes has spent his life studying this small cat, as well as 11 other wild felines around the world. His first-hand accounts will provide a one-of-a-kind perspective yielding insights into the future viability of the ocelot in the United States.

Dr. Michael Tewes grew up in Odem, 35 miles north of Kingsville. He earned his bachelor’s and master’s degrees in wildlife science from Texas A&M University and his doctorate in wildlife resources from University of Idaho. He began working with ocelots during the first year of the Caesar Kleberg Wildlife Research Institute in 1981.

In 2007, he was named a Regents Professor, the highest honor for a professor in the Texas A&M University System. The next year, Tewes became the first holder of the Frank D. Yturria Endowed Chair in Wild Cat Studies.