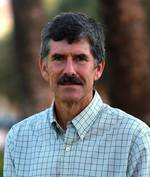 David grew up in northern Colorado where he developed a love for the outdoors, including hunting, fishing, hiking, backpacking, climbing, and nature photography.  He earned degrees in wildlife biology from Colorado State University, Washington State University, and Virginia Tech. He lectured at Humboldt State University and held a post-doctoral research position at Utah State University before joining the Caesar Kleberg Wildlife Research Institute in 1996.  His primary research interests include wildlife nutrition, ecology, and management.  He was a professor and research scientist until 2006 when he became the Stuart Stedman Chair in White-tailed Deer Research.  He co-edited the book Wildlife Science: Linking Ecological Theory and Management Applications and edited the book White-tailed Deer Biology and Management.  David held the Stedman Chair until 2017 when he became the 4th Executive Director of the Caesar Kleberg Wildlife Research Institute.  He feels blessed to work with the CKWRI’s incredible students, staff, scientists, advisory board, and supporters and with all the people in Texas who are passionate about wildlife. David is married to Liisa and they have 2 wonderful kids, Nicole and Matt.

Poncho Ortega and the rest of the CKWRI Deer Research team have a long history of supporting deer management and research in northern Mexico. This support has been in the form of annual presentations at landowner symposiums, visits to ranches interested in developing management programs, and a recent effort funded by the US Fish and Wildlife Service and headed by Sandra Rideout-Hanzak to engage ranchers in northern Mexico. This most recent project brought landowners to Kingsville for workshops, CKWRI deer scientists to northern Mexico to tour ranches, and was capped by publication of a wildlife management handbook written in Spanish for distribution to Mexican ranchers. The book covers the basics of cattle-wildlife operations: management plans for determining objectives of the operation, vegetation and wildlife surveys, habitat management practices, record keeping, monitoring, and wildlife harvest quotas. At the end of 2015, Randy DeYoung and Poncho Ortega were invited to speak at the Annual White-tailed Deer Symposium in Monterrey, Mexico.

Biology and Management of White-tailed Deer (2011)

Organizes and presents information on the most studies large mammal species in the world.  The book covers the evolutionary history of the species, its anatomy, physiology, and nutrition, population dynamics, and ecology across its vast range (from central Canada through northern South America). 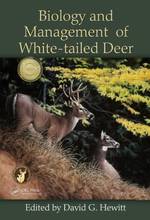 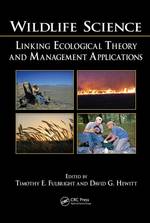