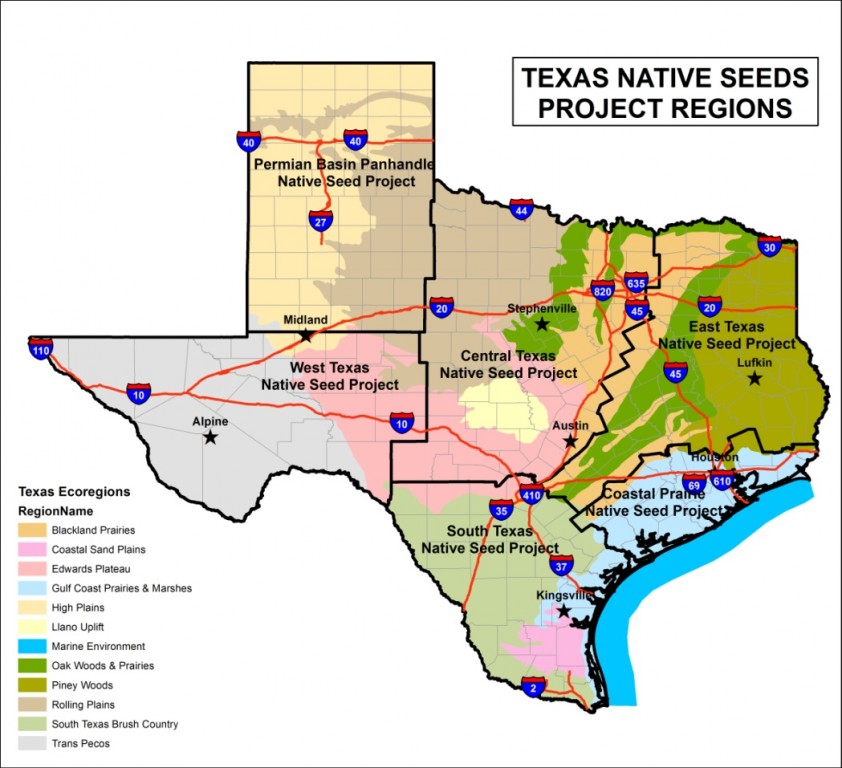 For quick field reference, a simple "ribbon" test using a small amount of wetted soil smashed into a ribbon between the thumb and index finger can be a useful guide to soil texture. Generally, soils that won’t form ribbons can be considered “coarse textured”, and those forming ribbons can be considered “fine textured” for the purpose of this guide.

Fine textured soils: are loams, clays, and silty soils, or combinations of these. These are the predominate soils found in South Texas, especially in the Rio Grande Plain Ecoregion. Sandy clay, sandy clay loam, and sandy loam soils in the western portions of south Texas often support plant communities more typical of fine textured soils than those of coarse textured soils. These soils are commonly found on broad, level upland areas.

Shallow soils: can be a variety of surface textures, but are typically fine texture soils on slopes, hills, or plateaus overlaying parent materials such as sandstone, siltstone, or caliche. Many of these soils have high portions of gravel or rock in the surface layer. Formally classifications include terms such as "stony" or "gravelly". Typically these soils have low-water holding capacity and shallow surface profiles. "Caliche" or "gravelly ridges" are two regional terms used to describe shallow soil sites in south Texas.

Saline soils: are a special category of soils with high soil salinity. Field classification of these soils may be difficult, but high salinity is often indicated by the presence of halophytic (salt-tolerant) plants such as saladillo (Varilla texana), saltbush (Atriplex spp.), sacahuista (Spartina spartinae) or sacaton grasses (Sporobolus airoides, Sporobolus wrightii). For accurate identification and mapping of saline soils, soil tests or information from the NRCS Web Soil Survey may be required. Almost 5 million acres across south Texas are classified as saline soils. Often these areas can be visually identified by what are locally referenced as “slicks”, commonly defined as bare soil areas consisting of surface deposits of calcium or sodium. Also, many coastal areas immediately adjacent to bays and estuaries have saline soils.

For Seed Recomendations please call STN's office at 361-593-4037 and they will be more than happy to assist.

For detailed information about soil textures, please consult the USDA NRCS Web Soil Survey, or your local office of the USDA NRCS.