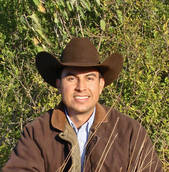 Fidel Hernández is a Professor in the Department of Animal, Rangeland, and Wildlife Sciences and holds the Alfred C. Glassell, Jr., Endowed Professorship for Quail Research.  Fidel is a native of Brackettville, Texas.  He was raised on a cattle ranch on the western fringe of the Edwards Plateau where worked alongside his father gathering livestock, building fence, and working horses.  Fidel graduated from Angelo State University with a B.S. in Biology (1993) and a M.S. in Biology (1995) with a Chemistry Minor in both degrees.  He graduated from Texas A&M University and Texas A&M University-Kingsville with a Ph.D. in Wildlife Science (1999).

Fidel became an Assistant Professor in the Department of Animal and Wildlife Sciences at Texas A&M University-Kingsville and a Research Scientist with the Caesar Kleberg Wildlife Research Institute in 1999.  He assumed the Glassell Professorship in 2009 was promoted to Associate Professor in 2005 and Full Professor in 2011.  His research interests involve general population ecology and have included projects on the influence of predation, habitat, weather, land-use, harvest, and range management practices-on avian populations as well as research on abundance estimation techniques.

During 2007–2008, Fidel served as the President of the Texas Chapter of the Wildlife Society.  He also served the national society at various capacities including Chair of the Ethnic & Gender Diversity Working Group.  Fidel and coauthors received the Outstanding Book Award in 2004 and the Outstanding Scientific Publication in 2012 from the Texas Chapter of The Wildlife Society.  He received the Junior Faculty Distinguished Research Award in the College of Agriculture, Human Sciences, and Natural Resources in 2005 and the Texas A&M University System Chancellor’s Teaching Excellence Award in 2010.  He and his graduate students have presented more than 150 papers at various national and international scientific conferences, with his students being winners of several awards for Best Student Research or Presentation.

Updated with the latest research on quail habitat management, predator control, and recent issues such as aflatoxin contamination, Hernandez and Guthery help land stewards understand the optimum conditions for encouraging and sustaining quail populations while continuing to manage rangeland for cattle production. 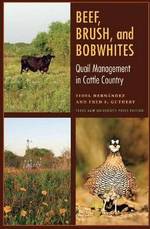 Texas Bobwhites: A Guide to Their Foods & Habitat Management (2010)

Texas Bobwhites is a field guide to the seeds commonly eaten by northern bobwhites, as well as a handbook for conserving and improving northern bobwhite habitat.  Landowners and rangeland managers will greatly benefit from the book's state-of-the-art guidance for habitat management and restoration, including improving habitat dominated by invasive and non native grasses. 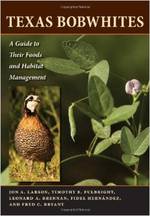 This symposium was organized by researchers, managers, biologist, hunters, and quail enthusiasts who came together to share current ideas on "hot topics" in the quail world.  All material published in the proceedings serve as a valuable reference for anyone interested in quail. 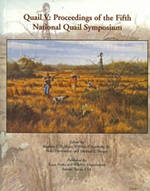