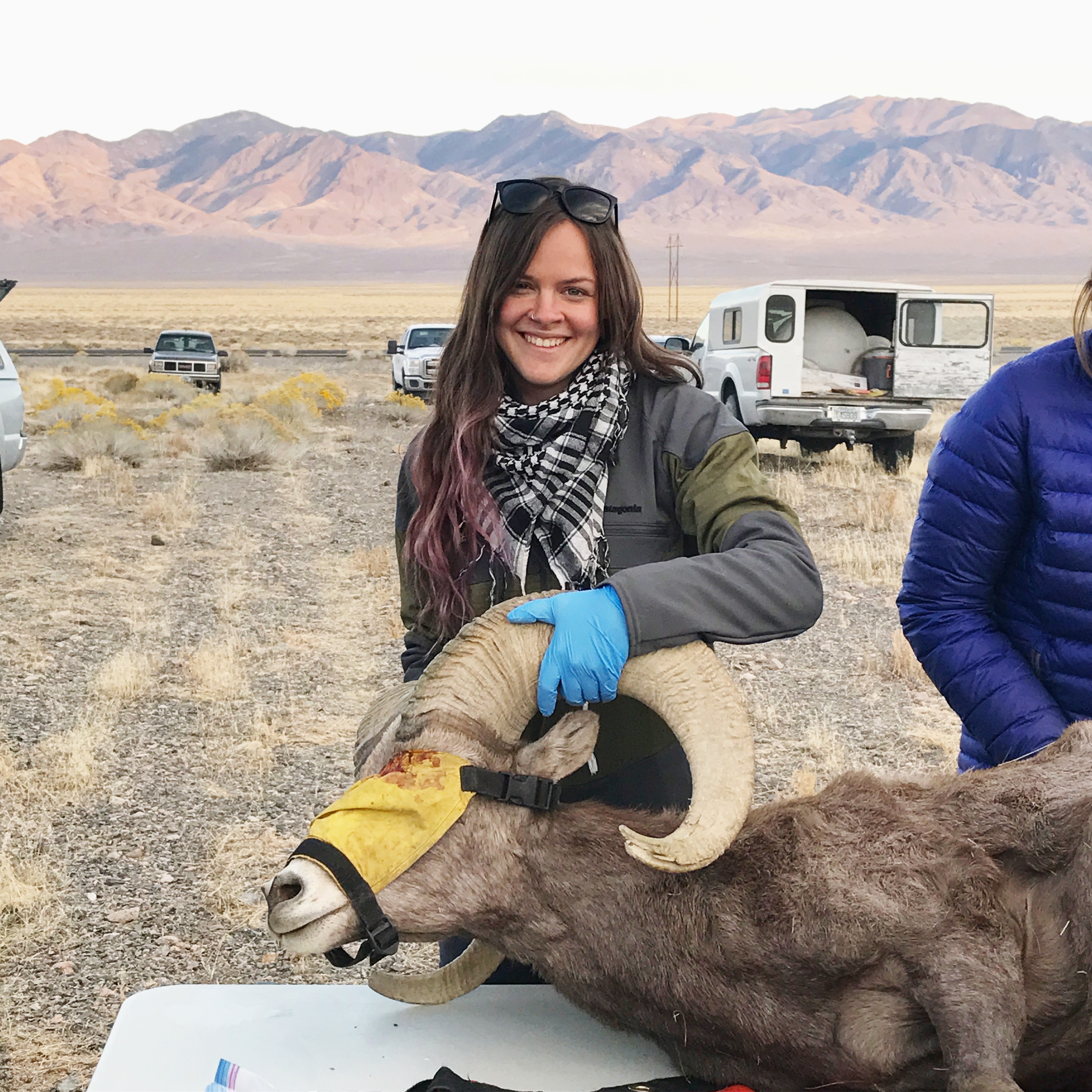 Jesse grew up on Long Island, New York and attended the Pennsylvania State University where she obtained her Bachelor of Science in Biology. After graduating, Jesse worked as a wildlife technician for the U. S. Forest Service, the Nevada Department of Wildlife, and the University of Nevada, Reno. In these positions, she conducted woodpecker surveys, mountain lion captures & kill site surveys, and participated in ongoing research studying lambing habitat and resource selection of desert bighorn sheep through gestation and post-parturition, involving both adult and neonature captures. Jesse began working towards her Master's degree in September 2018 at CKWRI in Rangeland & Wildlife Management where she is using drones to estimate population sizes of white-tailed deer.