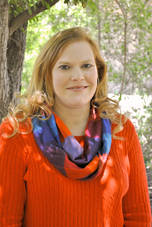 Shyla has worked closely with Texas A&M University - Kingsville and Caesar Kleberg Wildlife Research Institiute since graduating in 2006 with a Bachelors of Science in Agriculture, Magna Cum Laude. Her first position with CKWRI was as the Lab Technician for the Lehmann Forage Lab.  In 2007, Shyla then worked for USDA/APHIS/National Wildlife Research Center as a Budget Techinican and was stationed at Texas A&M University - Kingsville.  Upon the closing of the field station, she began working for the Dick and Mary Lewis Kleberg College of Agriculture, Natural Resources and Human Sciences.  In February of 2014 she transfered to the Development office with CKWRI where she worked closely with the Director of Development and Annual Giving.

Shyla began assisting Texas Native Seeds with Office duties and in June of 2017, she was offered the role as Administrative Coordinator.  She bring a lifetime of accounting, office management, and development skills.  She was honored with the Staff Excellence award in 2013-2014 and 2017, and Outstanding Electronic Media award from the Texas Chapter of the Wildlife Society in 2020. Growing up on a ranch in Normanna has made Shyla an avid outsdoormans that loves hunting, fishing and getting her hands dirty.  When not at work she and her husband enjoy time with their son, Preston.