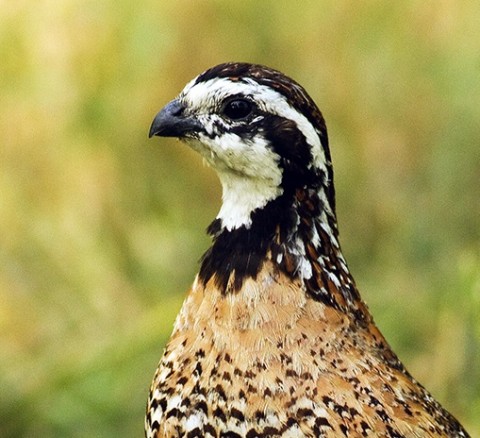 The University of Tennessee

Hurricane Bret made landfall on the southern coast of Texas at Kennedy County on 22 August 1999 (National Weather Service, Corpus Christi, Texas). The hurricane was classified as a Category 4 on the SaffirSimpson Scale with peak winds of 224 km/hr. The hurricane deposited approximately 64 cm of rain in some coastal locations, but weakened as it moved westward over land.

Climatic conditions are classified as semi-arid, subhumid and are characterized by a high rate of evaporation (National Cooperative Soil Survey 1987). The months of May and October receive the greatest amount of precipitation (8.6–10.4 cm), and the mean annual rainfall is 57.7 cm. The 30-year mean temperature is 22 C (range 15.2–28.8 C). January is the coldest month (mean 12.2 C), and August is the hottest month (mean 29.4 C).

On the evening of 22 August 1999, Hurricane Bret moved inland, passing through Kennedy County into Brooks County. Adult bobwhites and broods were monitored prior to the hurricane on 21 August 1999. Once the hurricane had passed, we resumed monitoring on 24 August.

We compared the number of nests found during May–October of 1999 (hurricane data) with 2000 (no hurricane) to evaluate the influence of Hurricane Bret on length of the nesting season. We evaluated the effect of added moisture generated by Hurricane Bret on weather by comparing the Modified Palmer Drought Severity Index (PMDI) for these months between years. Palmer indices (Palmer 1965) use precipitation, temperature, Thornthwaite’s (1948) evapotranspiration index, runoff, soil recharge, and average regional weather conditions to quantify departures from normal weather conditions. The values for PMDI can range from 4.0 (extreme wetness) to 4.0 (extreme drought). Near normal values range from about 1.50 to 1.50. Weather data were obtained from the National Oceanic and Atmospheric Administration’s (NOAA) National Climate Data Center (http:// www.ncdc.noaa.gov).

Because of our low sample size (100 radiomarked bobwhites), we emphasize descriptive statistics. However, we used paired t-tests (Ott 1992) to analyze the change in brood size before and after the hurricane. We used Kruskal-Wallis one-way analysis of variance by ranks test (Daniel 1987) to compare brood age in days with brood fate. Statistical results are stated as (x SD). We considered results significant at 0.05.

Hurricane Bret moved over our study area during the late evening hours of 22 August 1999 depositing 45 cm of rain and producing wind gusts 160 km/ hr. Because South Texas rangeland is relatively flat (i.e., elevation ranging about 0–300 m above sea level), this resulted in large expanses of rangeland inundated 24 cm deep. During the hurricane, we were monitoring a total of 82 adult bobwhites, 15 broods, and 4 active nests being incubated.