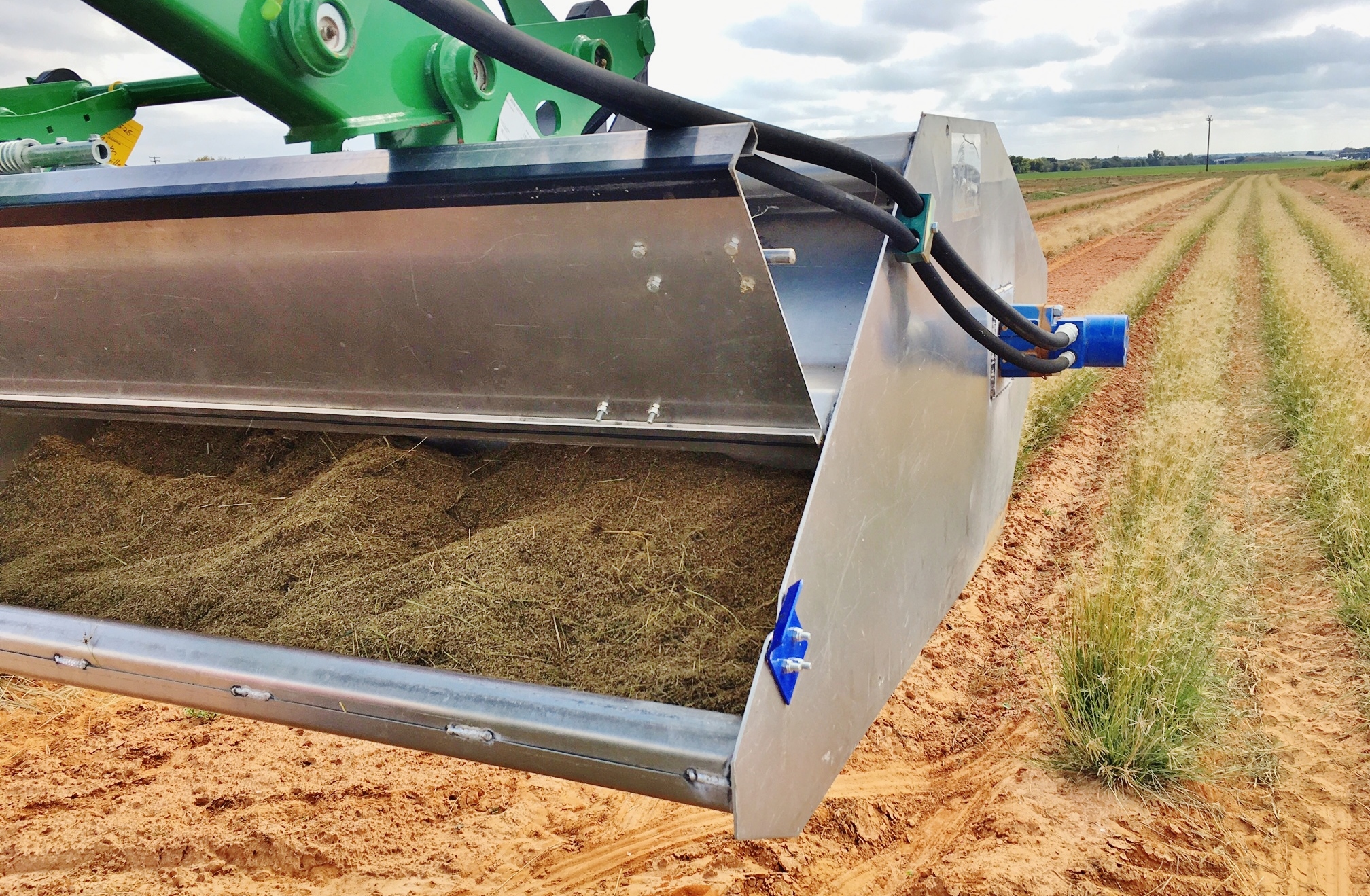 STEPHENVILLE – The statewide search for seeds from native Texas grasses and forbs is expected to expand to East Texas in 2018, according to Texas A&M researchers.

Forrest Smith, the Dan L. Duncan Endowed director of the Texas Native Seeds project for the Caesar Kleberg Wildlife Research Institute at Texas A&M University-Kingsville, said the interest in re-establishment of native grasses and forbs is growing, and research initiatives are expanding.

“The vision (of Texas Native Seeds) is to find and collect important native plant species and increase them to meet demand for restoration,” he said.

AgriLife Research scientists have been close cooperators on several restoration methodology projects as the native seed project began its statewide expansion in 2010. Texas A&M’s Texas Foundation Seed Service, meanwhile, certifies and licenses the project’s native seeds to make them available to the public.

Researchers are seeking to increase a diverse seed mix of native species to provide to seed companies for production, Smith said. The native seeds would be for commercial production to keep up with demand. They would be maintained in a species database available for future research.

Seeds are collected from specific locations, and information, such as soil type and adjacent species, are recorded, Smith said. Researchers collected around 1,200 native plant species in

West Texas and around 750 species in Central Texas in the past few years, on top of over 2,000 seed collections made since 2001 in South Texas.

Similar efforts in other parts of the state will be undertaken in 2018, he said.

The native plants are being grown and evaluated for specific traits including survivability, germination, aesthetics and seed production, Smith said. Seed mixes and individual seed varieties will be certified and released through Texas Foundation Seed Service once the evaluation process is complete.

Smith said seeds from the various regions of Texas are being sought because species’ traits can differ in such a large and ecologically diverse state.

For instance, little bluestem, a prolific warm-season perennial grass, grows from Canada to Mexico, Smith said. Seeds from this species in Canada differ greatly from those found in Texas, because the plants’ internal schedules, such as seeding, differ.

Smith said many commercial native seeds are available to the public, but it is crucial to local ecosystems that researchers find the best suited native plants for Texas and high-quality seeds are made available to consumers.

“Much of the available native seed sold in Texas today is not regionally adapted to the areas it is used in, and furthermore, there are quality concerns with some of that material.”

The initial project, South Texas Natives, received a boost of funding in 2010 when the Texas Department of Transportation provided a substantial grant to facilitate expansion of the effort into Central and West Texas, Smith said. Landowners and industry, especially utility and petroleum companies, also support and collaborate with the effort.

TxDOT views native grasses and forbs, especially low-growing species, as a way to reduce roadside maintenance costs, such as mowing, compared to exotic species that have been introduced, such as Coastal Bermuda grass or johnsongrass.

“They saw it as a way to potentially reduce the number of times they have to mow each year and to sustain diversity,” he said.

TxDOT has been able to change their seeding specifications for rural areas in two-thirds of Texas because of the program, Smith said.

Smith said TxDOT continues to support the effort and the Texas Native Seeds project is expected to expand into East Texas next year. Supporters in East Texas have shown great interest in the program, led by Ellen Temple, a landowner and supporter of the program from Lufkin.

In 2017, the program expanded to the booming Permian Basin region, through support provided by Concho Resources, a Midland-based oil and gas company. As a result of energy development, demand for native seeds and restoration in this region is high, Smith said.

Dr. Jim Muir, AgriLife Research grassland ecologist, Stephenville, said there is a growing movement among landowners and within industry to reintroduce native plant species in order to re-establish ecosystems that have been disturbed by invasive species.

“We’re seeing more people who own land or who are returning to the homes they grew up in who aren’t involved in agriculture or interested in producing one more calf on Bermuda grass,” he said. “They’re concerned about returning pastures back to native grasses to get plants that attract and support native wildlife, such as songbirds, deer, quail and pollinators.

“Bermuda grasses are an ecological desert in terms of wildlife and pollinators, whereas native plants support an entire ecosystem.”

Plants, such as legumes, provide nitrogen for the soil, Muir said. They also provide feed for animals and insects, and seeds for birds and mice which provide food for predators such as fox, hawks and owls. Legumes also flower at different times of the year, which attracts and supports pollinators, such as butterflies.

“It’s becoming more-and-more prevalent that landowners don’t see themselves simply as farmers and ranchers but, rather, stewards of the land,” Muir said. “These stewards are looking for the native seed mixes that Texas Native Seeds Project provides.”

For more information about Texas Native Seeds, go to http://bit.ly/2z4QnFE or contact Smith at 361-593-4525 or forrest.smith@tamuk.edu.