Who Thinks About Wildflowers In the Fall? TxDOT Does. 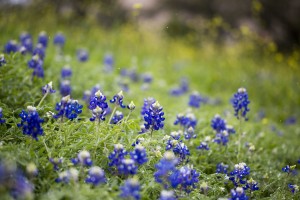 The bluebonnets and other flowers you see along Texas highways in the spring are the result of a massive effort that starts months before they bloom.

“Out of sight, out of mind.” That’s how the saying goes. And it’s exactly the way wildflowers are right now, for most Texans. But the flowers that beautify state roadsides each spring are not out of mind for the team that makes it happen.

Meet Forrest Smith, with Texas A&M-Kingsville. His research team has put in “decades of work” in search of the perfect seeds for the different climates and soils we have in Texas.

Smith says finding the right selection of a wildflower is like looking for the right person for a job.

“Every population of even a given wildflower is different,” he says, “You’ve gotta find the one that grows enough seed, that comes out reliably when you plant it and that’s essentially our program’s role.”

Smith works in partnership with the Texas Department of Transportation, or TxDOT. The same state agency that manages roads and bridges in Texas, also plants and cares for wildflowers.

Once a promising wildflower seed is developed, TxDOT partners with growers like Douglas King in San Antonio. The seeding company has been in business since 1912. Dean Williams is the current owner. His piece of this puzzle consists of growing and harvesting most of the seeds he sells. It is a hands-on job.

The raw seeds come into King’s warehouse from his family’s ranch. The piles of seeds are full of grass and bugs, and they need to be cleaned.

Once the seeds have been cleaned and bagged, they are purchased by TxDOT’s Travis Jez. He shops for seeds with the same excitement and bewilderment others have for a good Black Friday sale.

And, how could he not? He loves his job.

The final step is planting the seeds. They must be planted in the fall.

The last set of hands that cradle the seeds before they can bloom into a colorful array of wildflowers, are those of Dennis Markwaldt. He leads TxDOT’s Vegetation Management Program. He carefully hand picks which seeds will thrive where. He says it depends in part on the soil.

“If we got very loose sand, I won’t plant Texas Bluebonnet, I’m gonna plant Lupinus Subcarnosus, the Sandy Land Bluebonnet, because it does well in those loose deep sands,” Markwaldt says