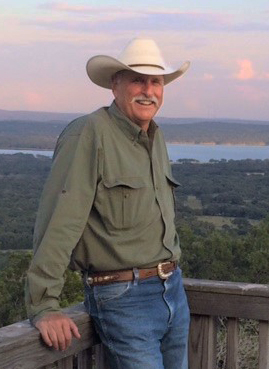 Director of Development
Serving Since
1996

Fred C. Bryant, Ph.D. was the Leroy G. Denman, Jr. Endowed Director of the Caesar Kleberg Wildlife Research Institute at Texas A&M University-Kingsville for 20 years.  In November 2016, Fred moved into a half-time position as the Director of Development.  He is a 7th generation Texan, and received his Bachelor of Science degree in Wildlife Management from Texas Tech University in 1970.  Fred obtained his Masters of Science degree in Wildlife Biology in 1974 from Utah State University and his Ph.D. in Range Science from Texas A&M University in 1977. Fred was the Executive Director of the CKWRI from 1996 to 2016.  From 1977 to 1996, Fred was Professor of Range Management in the Department of Range and Wildlife Management at Texas Tech University. Fred’s international experiences include research activities in Mexico, Peru, Bolivia and Morocco. Fred has co-authored 5 books and numerous journal articles, bulletins and symposia reports, popular articles and abstracts.  He was named a Distinguished Alumnus of the College of Agriculture and Natural Resources at Texas Tech University in 2002 and received the Professional Achievement Award from the College of Natural Resources at Utah State University in 1996.  Fred was a member of the Board of Directors of the Rocky Mountain Elk Foundation from 1996 to 2002, and he served again from 2008 until 2012.  He is a Professional Member of the Boone and Crockett Club, (1997 to present).  Fred is a founding board member of The Texas Agricultural Land Trust, Texan by Nature, and served on the East Foundation's Professional Advisors Group. He has served as President of the state professional societies for both the Society for Range Management and The Wildlife Society and in 1995, has served as President of the International Society for Range Management. In 2005, Fred was the recipient of the Sam Beasom Conservation Leader Award from the Texas Wildlife Association. In 2011, he was selected as one of four finalists for the Budweiser Conservationist of the Year.  In 2013, Fred received the Harvey Weil Professional Conservationist of the Year award by the Corpus Christi Rotary Club. The Texas Wildlife Association selected Fred as the Texas Outdoorsman of the Year in 2016, and in 2017, Fred was selected as the South Texan of the Year by South Texas Charity Weekend, Inc. That same year, Fred was also inducted into the Texas Conservation Hall of Fame with Tio Kleberg, sponsored by the Texas Parks and Wildlife Foundation. In 2021, Fred was honored as a Distinguished Alumnus of Texas Tech University.